Since 1991, Medi Myanmar Group Ltd. was founded with the aim of raising the quality of life and healthcare standards in Myanmar. Over the years, Medi Myanmar has cultivated a culture of social responsibility at the organization. We believe that everyone at the organization, from top management to the front line staff, have a role to play in bettering the community for a sustainable future. Medi Myanmar has taken the initiative to support the community through various actions. We have provided medical assistance to the Union Enterprise for Humanitarian Assistance, Resettlement, and Development (UEHRD) initiative in Rakhine, donating medical equipment and medicine to local hospitals, building clinics and monastic schools in rural areas, and dispensing free medical supplies in disaster-affected areas. Medi Myanmar also actively participates in global CSR projects with prominent brand partners from around the world.

Medi Myanmar and Han Ideal are the exclusive distributors for the Estee Lauder Companies (ELC), which is an international retailer of cosmetics from the United States. One distinctive CSR project as a result of our partnership with the ELC is the Breast Cancer Campaign.
Since October 1992, Evelyn Lauder, the former Vice President of the ELC, created the pink ribbon as a symbol of breast health during the inception of the Breast Cancer Awareness (BCA) campaign. The BCA campaign aims to promote awareness about breast health because early detection of this disease can save lives. Today, the pink ribbon is the most prominent symbol that brings awareness about breast health in the world.

Globally, breast cancer is the leading type of cancer among women with 25% of all cancer cases. The survival rates of breast cancer are around 80% if detected early but the rates are much lower in developing countries such as Myanmar. Even in Myanmar, breast cancer is the most common type of cancer affecting women with 35% of all cancer cases and more than 60,000 new cases reported annually. However, breast cancer is a preventable disease if detected early so the awareness of breast health is critical. Therefore, Han Ideal is extremely proud to be the Myanmar representative of the global BCA campaign initiated by the Estee Lauder Companies in order to raise funds and awareness about this issue in the local community. 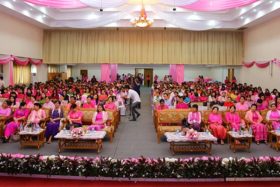 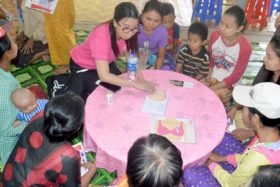 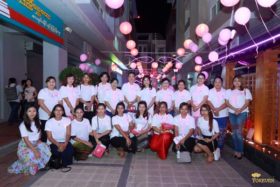 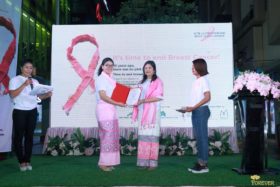 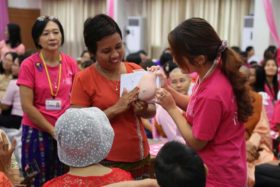 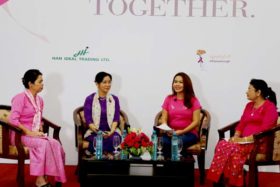 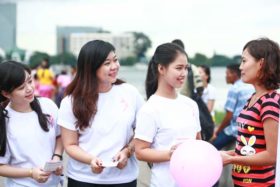 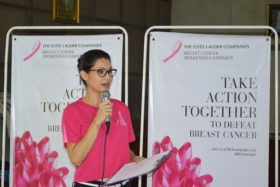 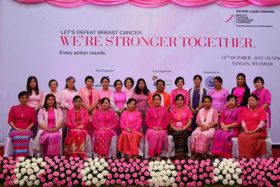 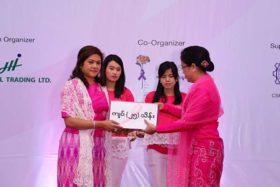 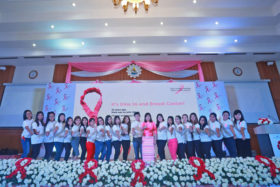